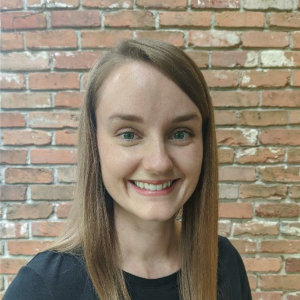 Meredith is a writer and editor. She is the content manager for The Upstream Collective. She has an M.Div in Missiology from Southeastern Baptist Theological Seminary. She and her husband, Keelan, have two kids.

Recently, I wrote about why I think it’s important to confess our sins to fellow believers. In that piece, I only considered one side of that paradigm: that of the confessor. But there is a second piece that is equally important: What is an appropriate response when someone confesses their sin to us?

We have all kinds of natural reactions to sin—whether it’s our own or someone else’s. But often we have stronger reactions to the sin of others than our own. When someone we love sins, we likely feel a whole host of emotions: anger, hurt, grief, outrage, frustration, betrayal…to name a few. When we ourselves sin, we may feel all of those things but we also may be quicker to expect grace from others than we are willing to give when someone confesses their sin to us.

Let’s rethink that paradigm. Consider this quote from Dietrich Bonhoeffer in Life Together:

Anybody who has once been horrified by the dreadfulness of his own sin that nailed Jesus to the Cross will no longer be horrified by even the rankest sins of a brother. Looking at the Cross of Jesus, he knows the human heart. He knows how utterly lost it is in sin and weakness, how it goes astray in the ways of sin, and he also knows that it is accepted in grace and mercy. Only the brother under the Cross can hear a confession. (118)

While it’s never fun or easy to hear about how someone we love has sinned, the church needs to be a safe place for us to confess our sins. We should be able to come to the church for help and accountability—not judgment and condemnation. When we react badly to someone else’s sin, we risk pushing away a person who was genuinely seeking help. They may seek help outside the church or they may simply fall back into their sin, thinking it wasn’t worth the shame of confessing to someone who reacted badly.

By providing a safe place for confession, we are not saying we won’t do anything about the sin being confessed. There are sins that need further action: whether it’s ongoing counseling, taking intense measures for accountability, or, in severe cases, church discipline or even involving local authorities. Not all who confess their sin will respond well to this kind of correction. In this article, I’m operating under the assumption that the one confessing is doing so because they desire accountability and correction.

We should be grieved but not shocked.

We should never be happy to learn of others’ failures, but we shouldn’t be shocked by them either. The Bible is clear about our sinful nature. We have all sinned and fallen short of the glory of God (Romans 3:23). In fact, go ahead and go read the whole book of Romans. It’s pretty clear on the effects of sin and what sin causes people to do.

We all know people who we would never expect to sin grievously. While we may assent to a general knowledge of their sin (i.e. we know they’re sinners because the Bible tells us they are), practically we don’t expect them to ever do anything “bad.” But, we should all know by now that no one is above sin. No one is free of its effects.

Grief, on the other hand, is a natural response. We grieve for and with the person who sinned. We grieve over what they did and how it has hurt others around them. We don’t berate them, and we don’t celebrate their shortcomings. We grieve because sin is powerful and devastating.

We should forgive, as we have been forgiven.

I personally have had to learn some hard lessons about forgiveness, so I understand the anger and bitterness that crop up when a person has betrayed us. We feel a person doesn’t deserve our forgiveness when they sin against us. But forgiveness, though it may not always be our first or most natural reaction, may also be the most logical of reactions to sin.

We forgive because the Bible tells us to. Start by reading Matthew 5:23-24, 18:21-22; Ephesians 4:32; Colossians 3:13; and Hebrews 12:14. These verses encourage us to have peace with one another, which requires forgiveness for wrongdoing. The Bible tells us of a greater story of forgiveness—that of Christ on the cross. We have sinned grievously against a righteous and holy God. There is nothing anyone can do to us that will top how we sin against the Lord every day. But God graciously and freely forgives us and he empowers us to forgive others for their sins against us. So, we forgive because Scriptures tells us to, but we also forgive because we have been forgiven so much.

Forgiving others is difficult at times, but through prayer and the Holy Spirit, the Lord helps us to forgive. Ask him for that help.

We should rejoice, for God is making all things new.

It seems like an odd way to react, but we can rejoice because we know that for the believer, sin does not have the final say. We worship a God who restores all things, and a God who uses people despite their failings. The Bible is full of stories like this: Moses—a murderer and coward; the Israelites—pursued other idols and did evil in the eyes of the Lord; David—adulterer and murderer; Peter—betrayer; Paul—persecutor of Christians; and so many more.

But God made and continues to make His name known among the nations through His imperfect people. Christ’s death and resurrection is our hope that our sin is paid for and one day, sin will be no more.

So, when others sin, we point them to this hope and remind them that sin no longer reigns over them. We are free from sin’s power and one day, all things will be made new.

We should reflect on the implications of others’ sins.

When someone confesses to us, we don’t need to make it all about ourselves. But I think there is some benefit to reflecting on the implications of another’s sin on our own life. We are all capable of committing horrible sins. We cannot look at the person sinning and think, “I would never do that.” Those thoughts are full of pride, and Proverbs 16:18 tells us that pride comes before a fall. The truth is, we are all vulnerable to sin and we could easily be the next person that falls. When we hear of another’s sin, we, like the English Reformer John Bradford, can say, “There but for the grace of God go I.”