Keelan Cook is the Associate Director for the Center for Great Commission Studies at Southeastern Baptist Theological Seminary where he serves as an instructor of Christian missions.

The Cook family has some big news to share! We want to announce to you Charles Ezra Cook, our second child and first son. We are presently on day six and mug 58 of coffee, but thankful to God for our newest addition to the family.

This week was certainly an interesting time to deliver a child. Of course, present pandemic circumstances shifted hospital practices. Guests are not allowed, so just Meredith and I were able to be there for the birth. In fact, Nora (our first and Ezra’s big sister) was not even allowed to visit. She stayed at home with the grandparents, and that brings us to the second set of interesting circumstances.

We live in Houston. Houston was in the news quite a bit this past week due to inclement weather. Now, we’re used to bad weather in Houston; we have a reputation for it. However, this was not our typical bout with mother nature. Instead of a hurricane, Houston suffered through something for which it is completely unprepared: an ice storm. You can douse Houston with enough water to fill one of the Great Lakes, and we’ll rise to the challenge. However, if you sprinkle an inch of ice onto Houston, you might as well uproot the city and toss it into the Artic Ocean.

I’ll spare you the details, but along with the rest of Texas, Houston spent the better part of the week in temperatures significantly lower than freezing. Rain turned to ice, hail, and even snow. It crippled a city (and state) infrastructure not built to handle anything less than balmy. Rolling power outages, loss of water, and subsequent boil notices ensued.

Ezra had a scheduled delivery at the height of snowmageddon. We booked a hotel near the hospital so we could still deliver the next day if the roads stayed impassible, only to get turned away from the hotel that day as the power grid failed. We lost power at our house that night. We left for the hospital again on February 16 (the exact day we moved to Houston four years ago) as Nora and the grandparents spent the next 24 hours with no power or water at our house in 15 degree weather.

Ezra was born early afternoon of that day, and we spent the next two nights at the hospital. We emerged again with healthy baby, healthy momma, and full hearts.

In all seriousness, we are extremely grateful to God for sustaining us and our family through the last week. We know too many stories of people who lost power, water, and heat for much longer, even ending in tragedy for some.

Did you know the gender?

No. We did not find out for Nora and loved the surprise, so we decided to the do same with Ezra. We didn’t know he was a boy until shortly before you did.

How did you pick the name?

Charles is a family name. My full name is Charles Keelan Cook, my father’s is Charles Robert Cook. We wanted to continue this tradition with our first male child, if we had one. After considering the middle name Danger, we landed on Ezra instead. For those familiar with the Christian Scriptures, Ezra was a scribe and priest in the Old Testament who oversaw the revival of worship in Jerusalem after the Babylonian exile. The Old Testament book that bears his name makes this simple statement:

Now Ezra had determined in his heart to study the law of the Lord, obey it, and teach its statutes and ordinances in Israel. ~ Ezra 7:10

We pray this is true of our Ezra as well, regardless of his chosen profession. We pray he too will call others to worship the one true God and kindle revival in the hearts of God’s people through a love for His word.

How is Nora adjusting to being a big sister?

Nora seems to waffle between loving the new baby and being largely disinterested. She has been enjoying the attention of both sets of grandparents, which has made the immediate transition easier for her. We are sure there will be some growing pains over the next few weeks but she’s doing great so far!

Finally, what birth announcement would be complete without some cute pictures? Enjoy! 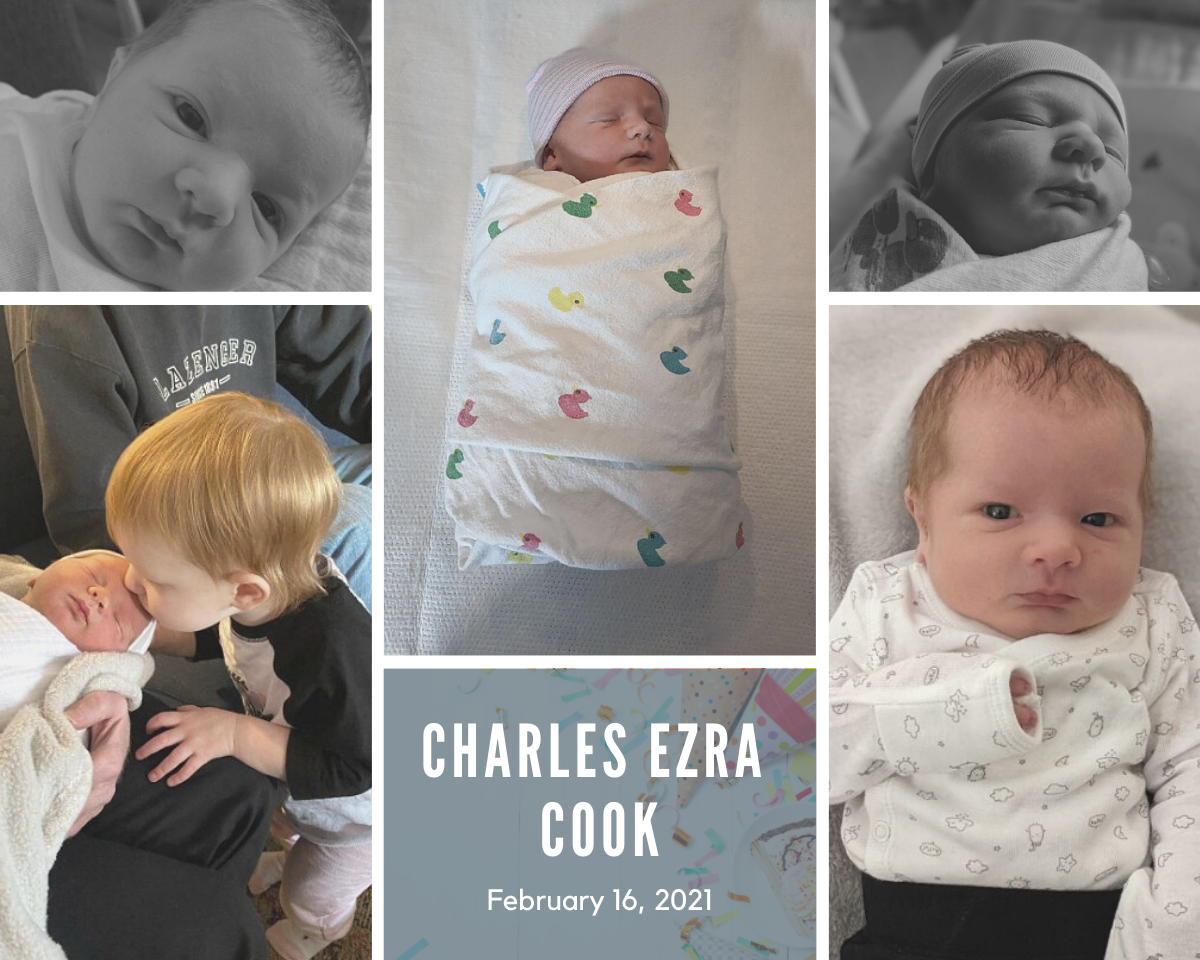 In my last article, I covered several important benefits for a local church entering into a global missions partnership with a missionary team overseas. Feel...