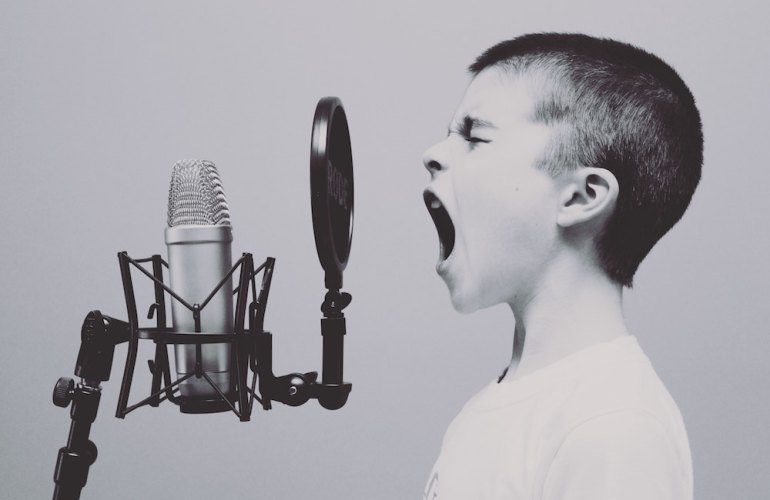 For the Christian, the question is not if we will suffer but when.

Of course, that statement is contingent upon the kind of lifestyle we choose to live. Perhaps a better way to say that is the Christian who lives as the Bible tells a Christian to live will inevitably face suffering because they are a Christian. Authentic Christianity, what I would call the normal Christian life, is one lived by a completely different ethic than the one around us. Last week, I wrote on this normal Christian life as it is explained by Peter in his first epistle. He outlines a new ethic for citizens of God’s kingdom. He writes that Christians are a royal priesthood and a holy nation, calling back on language Moses used of Israel. These ideas give purpose and meaning to how we live as Christians. He tell us our conduct matters, but he is quick to explain that the reason is our witness. Peter connects our lives and our lips, the normal Christian life is lived regularly sharing the gospel (with our words) and living a life that authenticates that message. Such a lifestyle, he claims, will inevitably cause suffering. Peter writes, “Dear friends, don’t be surprised when the fiery ordeal comes among you to test you as if something unusual were happening to you” (1 Peter 4:12).

So, the normal Christian life is concerned with lives and lips. We marry holy actions with the verbal testimony of the gospel to those around us. And, we’re told we will most likely suffer. But Peter gives us more here. He tells us the manner in which we should do these things. In just a few short verses, Peter gives us a solid framework for this Christian ethic that encompasses at least two significant ideas. First, we need to be ready and willing to share the gospel, even when we know it will not be popular. Second, we need to do in the appropriate way. He writes:

But even if you should suffer for righteousness’ sake, you will be blessed. Have no fear of them, nor be troubled, but in your hearts honor Christ the Lord as holy, always being prepared to make a defense to anyone who asks you for a reason for the hope that is in you; yet do it with gentleness and respect, having a good conscience, so that, when you are slandered, those who revile your good behavior in Christ may be put to shame. For it is better to suffer for doing good, if that should be God’s will, than for doing evil (1 Peter 3:14-17).

We are going to be criticized and perhaps even suffer for the testimony that we speak, but Peter says not to fear the outcome of this. Of course, fear seems like the obvious response. I wrote of my friend who was thrown in jail for his Christian testimony last week. Imagine the opportunity that creates for fear to well up inside. But even if we dial down the suffering, fear is still a problem. Odds are, most of you reading this are not facing potential jail time or execution for sharing the gospel. Ironically, that is a freedom we take for granted. We can openly share the gospel in the US, but how many of us keep our mouths shut when opportunities arise because we are afraid people will look at us funny or get into a verbal disagreement with us? How often do we let the fear of awkwardness or social pressure (as minimal as those are) still our words and actions?

Instead of fearing, instead of shirking back, Peter gives us an alternative. He says to always be ready to give a defense. Is that the knee-jerk response though? You feel it like I do, right? When conversations turns toward religion or those points where our views have become unpopular, instead of giving a defense we want to pull our heads in our shells.  Simply put, I think we may be too concerned about pleasing people when it comes to opportunities where we could share the gospel. The word tells us not to fear, to be ready with a defense.

…yet do it with gentleness and respect…

However, he also tells us how we need to give that defense. We do so with gentleness and respect. I cannot underscore this point enough. We do not need to shy away from sharing the gospel, but we need to do so with great gentleness. This is not an excuse to bludgeon people over the head with your moral stances. It is also not an excuse to get into fights over political candidates. It is, however, a call to demonstrate with your words how Christ’s death and resurrection turned you into a different person.

Peter calls us to speak, but to speak with both grace and truth. Imagine that. In those moments where our ethic is unpopular, we must remember that our “defense” is not so that we can look good or feel vindicated. We defend the gospel, not ourselves. We should be clear, but we should do so with humility and as much grace as we can muster.

Are we missing these opportunities?

Peter tells us to live the Christian life looking for opportunities to make a defense for the gospel. You may think you do not have them, but what exactly are you looking for?

Sometimes, I feel like we are all sitting around waiting for that moment when a coworker or some person we just met in a coffee shop stops what they are doing and asks, “You know, you’re just such a nice person, what is it that makes you so different from me?” And if that’s what we are waiting on, we need to stop. I am not saying that never happens, but I am saying it almost never happens. If our testimony to the gospel, the mission Jesus has given us as Christians, is waiting around on that moment, then it will not happen for most of us.

Fact is, opportunities are likely more veiled than that. Instead of someone being astounded at how good you are, it may happen when a co-worker criticizes you because of your integrity and says they have no idea why you are unwilling to cut corners. That, in fact, lines up more with Peter’s understanding of the situation.

So, do not fear; be ready to give that defense, but make sure you do so with gentleness and respect.