Keelan Cook is the Associate Director for the Center for Great Commission Studies at Southeastern Baptist Theological Seminary where he serves as an instructor of Christian missions.

Cities today are big places. Let me put that into perspective. In the first century (when Paul was walking around), the biggest city in the world was supposedly Rome and it had… wait for it… 450,000 people.* The shining beacon of urban accomplishment in the first century, the most radically complex city on the face of the earth, had less than half the people of the medium-sized metro area where I live. I do not point this out to detract from the significance of Rome in its day, but to showcase the unbelievable complexity that exists in cities today.

It is real popular for people today to talk about cities like they all have a specific personality to them. We ask questions, “What’s Baltimore like?” or “Are people nice in Chicago?” as though cities have a fairly homogenous culture. After all, if I mention Nashville right now, you probably begin to conjure up notions of big belt buckles, country music, and maybe coonskin hats (or is that more Knoxville?). That is, unless you are from Nashville and you immediately protest that Nashville is much more than country music. You see my point. Cities are too complex to reduce to one specific culture.

This is a big deal for ministry.

When we think of cities, we tend to think of them like this:

We want them to be nice and neat and have one kind of culture. When a local church wants to reach its city, or a team wants to plant a church in a city, they often find themselves asking what the city is like. Unfortunately, this question is often in search of some simple, one-size-fits-all answer, that gets at the heart of the city’s narrative (whatever that means). While I do not disagree that certain cities become notable for certain things (like Nashville and music), it is foolish for us to assume that means everyone in the city adheres to those things.

Instead, we need to start seeing cities like this: 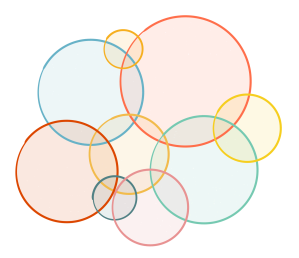 Instead of one generic narrative, cities have many simultaneous narratives that run across all kinds of different cultures and ways of life. Cities are a collection of many different social circles that all exist on top of each other. Nashville, that same city known for its country music, is also home to the largest community of Kurdish peoples in the world outside of the Middle East. I do not think a one of them wears a big belt buckle. People will commonly talk about a city as dense and diverse. Even though people say a city is diverse, many churches and planters still want to try and find some cultural model that reaches all of them. But density also means complexity.

The story is even more staggering than the graphic above. The many social networks above are only seen from one angle. There are other issues at play besides cultures and languages. Take for instance income levels. That radically alters the picture as well and adds yet another layer of complexity when trying to understand a city. 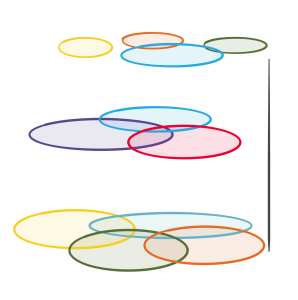 The list of factors like this keeps going. Cities are extremely complex, and there is no such thing as one narrative that describes a city. When people begin to realize that diversity means complexity, then it becomes evident why cities will need many different expressions of the gospel to reach them. Now to be clear, I did not say we need different gospels. There is one gospel, and it is for all cultures in all places at all times. However, it is essential for churches to proclaim the gospel in ways that are understandable to those who need to hear it. In our cities today, with hundreds of different people groups, dozens of different languages, and more worldviews than you can count, this task requires more than many realize.

No one church can reach an entire city. Unfortunately, I think we often try to take this approach, whether we verbalize it or not. Instead, churches need to realize the power that comes from cooperation. Churches that look different, worship different, and speak different, but share the same gospel, the same Scripture, and the same mission can accomplish far more together than they can by themselves. While no single church can reach an entire city, if the churches in a city cooperate together, then they already have the tools they need to accomplish their mission.

*If you are concerned with my estimated population of Rome in AD100, I am using Rodney Stark’s estimate from Cities of God. The numbers are hard to determine and have been placed between 200,000 and 1 million. The higher claims are most likely sensational for polemic purposes.

The Cook family has some big news to share! We want to announce to you Charles Ezra Cook, our second child and first son. We are presently on day six and mug...