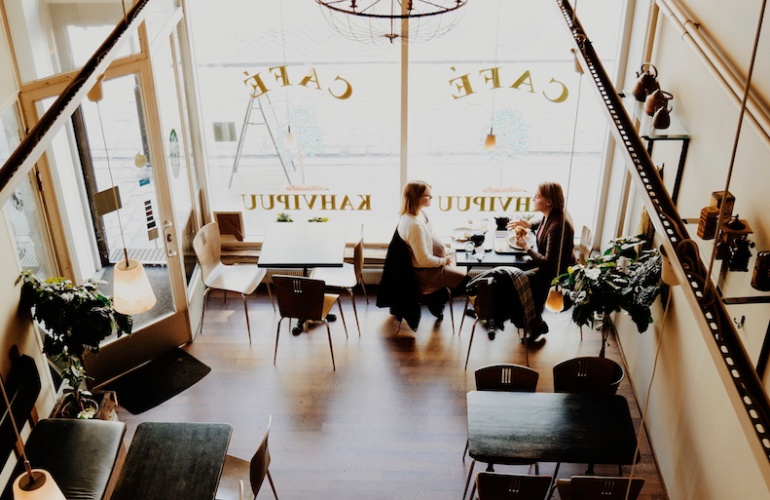 A generation ago, many (most?) churches had a problem with discipleship. In many ways, that became the concern of a generation in evangelical churches across North America. The concept of discipleship had been whittled down to nothing more than conversionist tactics. Walking an aisle and praying a prayer was all that it took to be a disciple. There was little emphasis placed on what happened the next day, and the day after that, and the day after that.

This old view of making disciples at its worst led to manipulative tactics and emotionalism as a means of getting people out of their seat and down the aisle. Or, it attempted a hard sell sitting in their living room so that they would pray the prayer. However, at best, this understanding led to immature Christians with little concern for the ongoing process of sanctification and spiritual formation. These are the kinds of Christians Paul admonishes in 1 Corinthians 3 as infants in Christ, saying they could not take the solid food of Christian teaching. These are the people that Jesus refers to in Matthew 13 when he says, “As for what was sown on rocky ground, this is the one who hears the word and immediately receives it with joy, yet he has no root in himself, but endures for a while, and when tribulation or persecution arises on account of the word, immediately he falls away” (Mt. 13:20-12).

Today, after a generation of concern with lack of discipleship, we run the risk of an anemic discipleship of a different kind. Instead of having little concern for what happens after conversion, the sole focus of making disciples becomes taking people who already believe like us and making them better at believing like us. I see it regularly as a pastor. A young seminary student in my church walks up to me and says they want to “be discipled.” In this student’s head is most often images of early morning coffeeshop conversations over a book on practical theology or spiritual disciplines. Perhaps it includes accountability where we take turns sharing all the bad stuff we did for the last week and admonishing each other to not do it again.

Of course, I am being somewhat tongue in cheek. Those conversations are good conversations, and accountability is a good thing (although it works a lot better when it is proactive instead of reactive), but when we reduce discipleship to a believer being told how to be a better believer, we miss a key component of making disciples.

Are you a disciple if you are not making disciples?

At a real base level, being a disciple is being a follower. In the African language I learned as a missionary, the term for disciple literally translated as one who falls into the footsteps of another. That is a good understanding of discipleship. You go where your leader goes, you do what your leader does. It is less cognitive and more affective and active.

When we speak of Christianity, that rings true as disciples of Christ follow him. His words ring out, “Come, follow me, and I will make you fishers of men” (Mt 4). He tells his disciples that they are sent as he was sent (Jn 20). Our mission is a continuation of his mission. Mark tells us he came preaching the good news of the kingdom (Mk 1), and that is what we are to do as well. Jesus was a disciple maker. It is unfair to claim you are following in his footsteps unless you are doing the same.

But here is the rub: an anemic understanding of discipleship leads to anemic disciples. As long as we think discipleship simply refers to believers growing in their faith, then we can excuse using all of our time in those coffeeshop meetings above and still feel like we are living as faithful disciples. There is a small diner right up the road from our seminary. Every morning a string of men and women flow in and out, Bibles in hand, for discipleship meetings. Too often, we equate spiritual maturity with how many of these meetings we have. Pastors are no exception. We can feel we are good at making disciples while spending all of our time with people that are already disciples.

When Jesus gave us the Great Commission, his words dictated an all-encompassing mission of preaching the gospel to a world full of unbelievers and raising them up to be mature, baptized believers who obey all of his word. That is a holistic mission. A generation ago, it was common for us to stop at the preaching part. Today, I think it is common for us to promote an understanding of discipleship that leaves off the part about preaching to unbelievers. Making disciples must include making new disciples. This requires evangelism. Real discipleship, biblical discipleship, starts with lost people, includes gospel proclamation, and continues along with them as they grow in the commands of Christ.

An anemic view of discipleship gives us a false sense of accomplishment while allowing us to justify an aversion to evangelism. What is more, it teaches those people we disciple that they can be mature Christians with doing evangelism as well. Remember, being a disciple is following in the footsteps of another. If all of our ministry attention is given to coffeeshop meetings with believers, then those believers learn not only from our words but our actions. When was the last time discipleship meant taking someone with you to meet people and share the gospel with them?

My point is not that we need to stop having coffeeshop conversations. I had one this morning with a young man in my church, and I thank God for that time. However, we need to be clear when we say we are making disciples that it includes preaching the gospel to those who do not currently believe it. If we do, those coffeeshop conversations will produce better disciples, and we will all be spending more time seeking out the lost.

7 thoughts on “Is Our Understanding of Discipleship Anemic?”