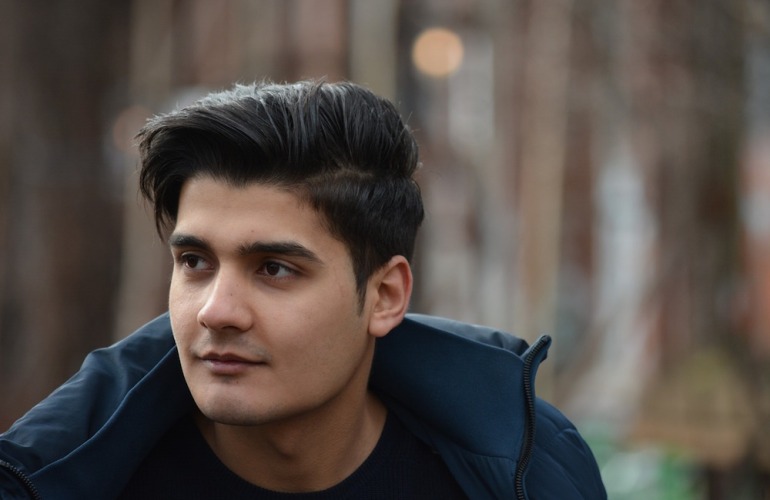 Yesterday, I sat and listened to a Persian minister preach a sermon in Farsi to a congregation halfway around the world. Here in North Carolina, it was 8am. Overseas it was afternoon and a congregation of over a hundred people was ready to hear God’s word proclaimed to them in their heart language. By using the internet, this pastor was able to proclaim the gospel to a whole congregation in a closed country. Add this to the recent Gospel Coalition article, The Story of Iran’s Church in Two Sentences, and Persians have been on my mind this weekend.

What is more, my friend is a refugee. In fact, he is a refugee precisely because of the harsh persecution that comes to someone from his country who converts from Islam and begins proclaiming the gospel. He was jailed over there and attempts were made at taking his life. Now, this church planter and missionary among his people finds himself here in the United States with the same mission in a different location.

Too often, we have a one-sided view of immigration to the United States as it relates to the mission of the church. Honestly, too many churches have no view of it whatsoever, but that is another point. I am speaking about those of us who see that God is doing a work in the US today by uprooting millions of people from hard to reach places and resettling them in the lap of evangelical Christianity. Too often, we do not see the full picture.

Let me explain. The vast majority of conversations concerning diaspora missions in the United States (at least the ones I hear) are dealing with the large number of unreached peoples who are coming here from across the world. We speak of Muslims, Hindus, and Buddhist. We point out the massive number of international students coming from India and Saudi Arabia. We showcase cities like Houston, New York, Atlanta, Detroit, and Washington DC as prime locations for church planting among unreached peoples. All of this is true, and we need to keep banging that drum. Nevertheless, this is only half of the story. Truth is, many of the people migrating to the United States right now are Christians, faithful brothers and sisters who are leaving their homes because of persecution.

Over this past weekend, I was part of a training seminar for refugee care. Dozens of people were gathered in a room thinking about the church’s mission in light of the swelling numbers of refugees, both globally and locally. Most of our conversation was geared toward reaching the unreached peoples coming to our city. This Persian brother was there with me, and one minister from an area church discussed their efforts to reach Muslims in the area with the gospel. He spoke of the trouble they were having finding a Farsi speaker to translate for a particular group of refugees. My friend looked over at me with a knowing glance. Of course, he speaks Farsi.

Unreached refugees are half the story. God is not only bringing us great opportunities to proclaim the gospel, he is also bringing us great partnerships for the gospel. Imagine with me the beauty that comes from developing rich relationships with immigrant churches in your city. Think about the beautiful display of the gospel that comes from mutual fellowship and cooperation on mission with these churches.

As we are banging the drum for local churches to open their eyes and see the unreached people groups in their neighborhoods, let us not overlook the many who come here uniquely gifted to reach these diverse people. May we open our eyes to these brothers and sisters, and may we open our arms to welcome them into our lives and our ministries.