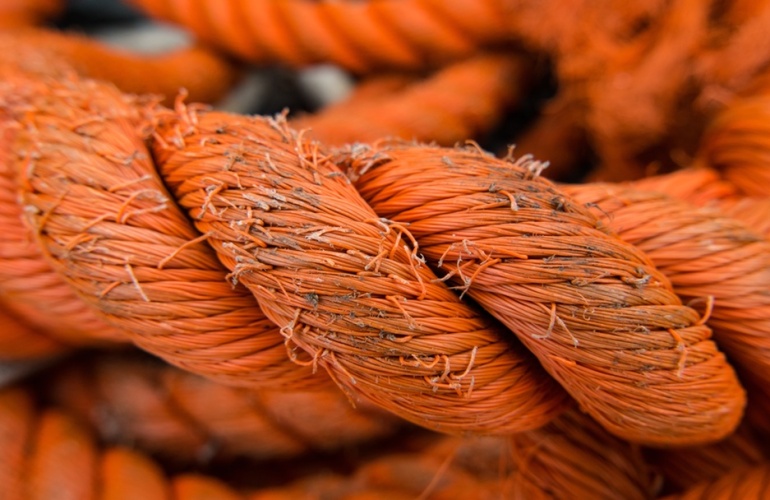 The following is a quote from Andrew Fuller reflecting on a conversation with William Carey:

“Our undertaking to India really appeared to me, on its commencement, to be somewhat like a few men, who were deliberating about the importance of penetrating into a deep mine, which had never before been explored. We had no one to guide us, and while we were thus deliberating, [William] Carey, as it were, said, ‘Well, I will go down if you will hold the rope.’ But before he went down, (continued Mr. Fuller,) he, as it seemed to me, took an oath from each of us, at the mouth of the pit, to this effect, that [we] ‘while we lived, should never let go of the rope.’ You understand me. There was great responsibility attached to us who began the business” (Nettles, 267).

Carey is considered by most the father of modern international missions, and two hundred years ago, Fuller was in dialogue with a man who would brave the ocean and move his life a world away for the sake of the gospel. His response is as true today as it was then. Travel, communication, and finances are all easier things now than they were then. After all, these early missionaries set sail for two months to get to their destination and sometimes packed their luggage in a casket because they knew they would not return. Nowadays, our missionaries are often a Skype call away, and we can transfer money to their bank account online. But Fuller makes a key point that we churches stateside cannot lose concerning our international missionaries.

Most evangelical churches understand the importance of international missions, at least in a conversation. Many put money toward the idea of getting people overseas, and a good number will send people as short term or long term workers. However, I believe few think past that. Sending missionaries is more than putting them on an airplane.

We must hold the rope.

Holding the rope involves more than just making sure our missionaries get to their location of service. Certainly, it includes equipping them to go and finding the money to get them there, but it also includes continued support. That is why the analogy is holding a rope and not firing a slingshot.

That Missionary is Still Your Church Member

I think a lot of churches overlook this reality, but in most circumstances that missionary you send overseas is still your church member while they are there. Now, I am sure there are exceptions to that, but I believe they are rare. A healthy understanding of international missions sees the missionary as a sent out one from the local church to work toward the mission of the local church to make disciples of all nations. After all, Scripture seems to indicate that is precisely how Paul saw his task. After each of his missionary journeys, he would return back to that same church that commissioned him to go and provide a report of what God had accomplished because that church sent him and his team.

Many churches need to regain an understanding that their sent ones are still part of their flock. Churches are supposed to care for their members and pastors to shepherd their sheep, regardless of their physical location. Pastor, I know what you are thinking right now. How in the world is it possible to care for someone like that from a distance? After all, it is challenging enough to shepherd people we see every week. Well, I am glad you asked.

Admittedly, caring for members overseas looks very different than caring for those in your town, but that does not absolve the responsibility. Continued care comes in a variety of ways. We obviously understand the financial component, but continued care does not stop at financial provision. We meet those needs, but we must also care for their souls. This includes regular prayer for their ministry and their personal spiritual health. And with the advances in technology, it can now include a level of fellowship that was simply not available to missionaries of previous generations. Between Skype and airplanes, our missionaries serving in the hardest to reach places should no longer be allowed to feel alone.

Care Teams as a Means of Missionary Shepherding

One way to approach this unique ministry is through the use of care teams. Churches that send missionaries should consider developing care teams in their church that are assigned to the task of “holding the rope” for specific missionaries. These teams can facilitate the prayer, fellowship, and even meeting of financial needs for sent out ones. Such an approach ensures that our missionaries are not forgotten and involves the whole church in the missionary task.

Missionaries are not forgotten. By assigning a care team to each missionary, they have a concrete anchor in the church. Missionaries have a point of contact, an email address, and the expectation of regular prayer and communication. In my own church, we use care teams for our missionaries. These teams have expectations laid out to guide the relationship. They are expected to regularly pray for the missionary and his or her family. This often looks like a prayer meeting every few weeks. In addition, they are expected to communicate with the sent out ones at least monthly. Perhaps this is a group video chat during a prayer meeting where everyone crowds around the screen, or maybe it is a monthly time of counseling to ensure they are spiritually healthy. Finally, they are expected to serve the missionaries tangibly. This service sometimes looks like care packages full of Oreos and Chick-fil-a sauce. Often, it is more. Care groups frequently develop a deep passion for work and make plans to take a team overseas. In fact, sending a team is becoming an expectation of a care group for us at my church.

Missions is a whole-church ministry. Creating care teams for missionary member care encourages vitality in the whole congregation. An interesting side effect of using your members to take care of their fellow members overseas is the impact on the body as a whole. Local church members who are not called or not able to go overseas as an international missionary all of a sudden have a tangible role in the missionary ministry of the church. They are enlisted to be a part of the work. They begin to know their missionaries better. The sent out ones are more than faces in a bulletin; they are people. They rejoice together and they cry together.

Initiating care teams for your missionaries does not happen overnight. The process takes some time, but it can be begun with two important steps.

Reconnect with current missionaries. If you already have missionaries serving on the field, then your church has a responsibility to hold the rope for them. Make a list of people sent out from your church and serving in places, and begin to ask questions about their care. Find key people in the church to lead care teams. Have those people develop a team to care for specific missionaries.

If you have questions concerning care teams, I would be happy to help you think through establishing them at your church. You can reach out to me here on the website, or drop your questions in the comments section. Also, I’d love to hear best practices from other churches that are doing something similar.